What is Fluid Ideology in Rimworld and how to use it

RimWorld is a strategy game where you are tasked with managing an alien colony. An important aspect of the game is the ideologies, which were added with the release Ideology DLC. One of them, for example Fluid ideology. In this guide you will learn all the basic information about it.

What are ideologies used for in rimworld?

By choosing a certain ideology, you make the colonizers start to believe in it. Thanks to that you can introduce many new restrictions and unlock many options that change the gameplay. It also enables new interactions with other communities.

What is Fluid Ideology in Rimworld?

Fluid Ideology allows you to freely change most aspects of the Ideology through reformation. However, memes are subject to limits – every time You can only change 1. 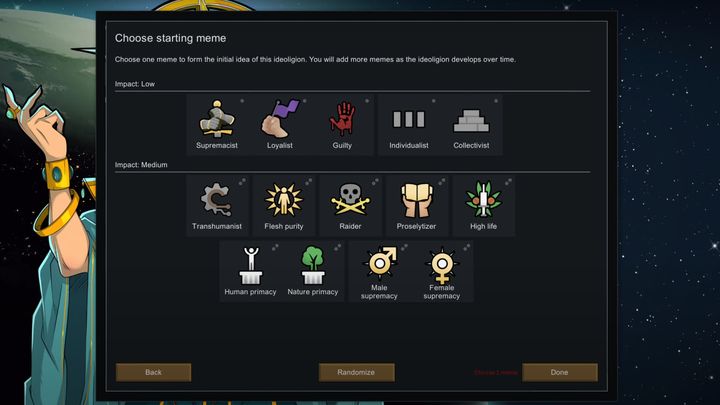 A fluid ideology can be chosen at the beginning of the game. It’s worth mentioning that it won’t launch into an existing game save file. You have to create a new colony and start from scratch. Only selected players can choose this ideology A memeHowever, it is possible Adding more of them By undertaking reform.

The version allows you to develop your ideology during gameplay through memes. This will make your colony more flexible. This allows you to adapt to different situations in the game. to manage A version Players must earn development points.

Earned development points by Activities are being conducted When developing your ideology. For example, these include: A colonist’s conversion, A successful performance of a ritual etc. Typically players receive 1-2 development points for completing a task. This is enough to run the first version 10 points. However, each subsequent version has a cost 2 development points more.