Death Stranding 2 Launch in 2024? The visual artist spilled the beans


We officially heard about Death Stranding 2 during this year’s Game Awards. Although Hideo Kojima chose not to reveal a planned release date during the game’s presentation, One of the artists who helped the studio decided to reveal the secret.

The information has been made public Art Station. Frank Aliberti, until recently worked (by LinkedIn) as a senior artist at PlayStation Studios Visual Arts, adding to his portfolio the game titles he worked on for the Japanese corporation. Talking about Death Stranding 2, Firewall Ultra And two more untitled shooters dedicated to the PlayStation 5 console. The information shared by Aliberti includes the title and game cover art, as well as a possible release date for each title.

Because of this Death Stranding 2 Quickly removed from the artist’s profile, but Resetra Users were able to take a screenshot before this happened. Thanks to this, we know Hideo’s new game is expected to hit the market in 2024It was five years after the release of the first part (for the PS4 console, the PC version came out the following year). 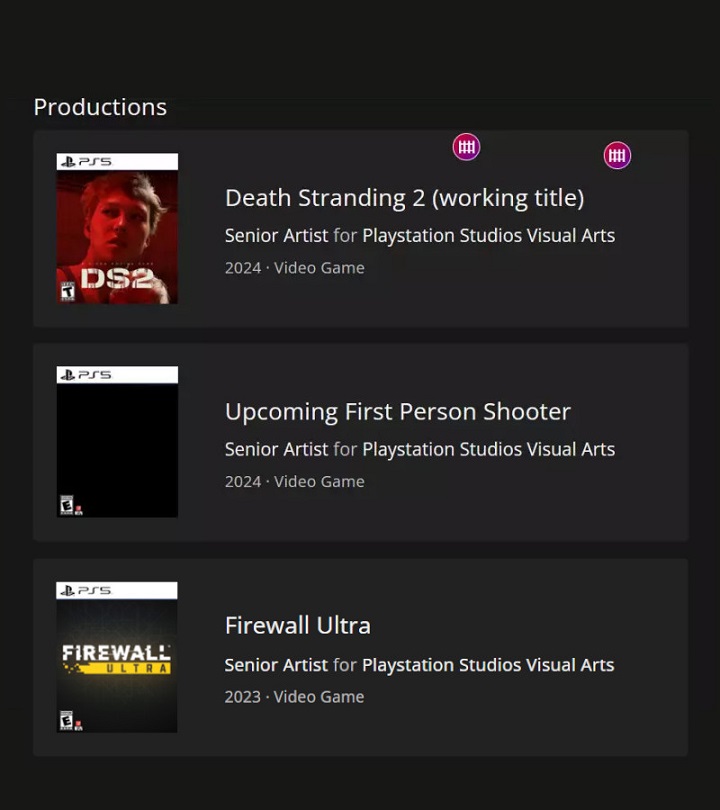 The developer also has three more interesting upcoming games in its portfolio. Firewall Ultra It will be the second installment in the series (After Firewall: Zero Hour)Developed with virtual reality goggles in mind. The title is expected to launch in 2023, which will coincide with the launch of the PlayStation VR 2, which will be released on February 22 next year.

The two games that are hidden under the banner of “upcoming first-person shooter” and “upcoming cooperative third-person shooter” remain the biggest mystery. According to the description on LinkedIn, both are supposed to be “triple A” (read: high-budget) titles. Perhaps these are games made by one of Sony’s newly acquired development studios.