Escape from Tarkov is a mix of a shooter and a survival sandbox. Let’s also not forget about the multiplayer aspect that allows competition and cooperation with other people, so it is not surprising that this title has attracted the attention of many players. The product is still being developed. The latest update adds a new item to Tarkov – Pack of Arseniy buckwheat. Many fans wonder what it is used for. In this article we will answer this question.

EFT Buckwheat – What is it for?

A description of buckwheat in Tarkov indicates that it is precious – “There is nothing more precious than buckwheat in times of trouble. Granular gold, food of the gods.” If you’re hoping this item has some hidden use, we’ve got you covered. For now, there’s not much you can do with this item. For now, you can only use it for bartering. If you give the therapist 4x Pack Arseny Buckwheat, she will give you an Expeditionary Fuel Tank.

Tarkov’s Buckwheat – Why it’s in the game 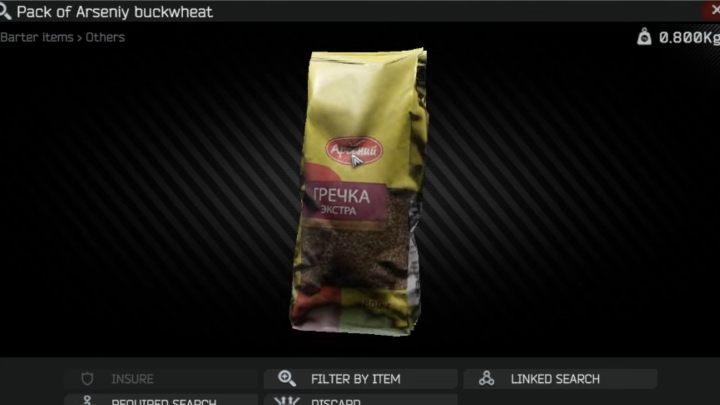 Arguably, adding Buckwheat EFT has A form of dark humor. As you probably know, EFT is set in a destroyed Russian city. Buckwheat Food that Russians often buy to protect themselves from an imminent crisis. This function is also indicated by the description of this product mentioned above. There is no denying that the world in Tarkov is in the midst of a crisis.

For now, it’s unclear whether Arseni’s Buckwheat Pack is useful for anything other than bartering. Its role in the game is likely to become bigger with future updates.

The best strategy games of 2022